Most Discussions of increased temperatures on the Earth emphasize that 1.5°C should be the greatest we should allow. The Paris Accords focus on 1.5° C. We have already experiencing the effects of ONE DEGREE with enormously destructive storms, droughts and fires. Yet present emissions imply that achievement of 1.5°C has a negligable chance and the 2.0°C is about 50%.

Accordingly the discussion below focuses on commentary on the impact of 2.0°C to set the stage for discussion on the higher temperatures, which appear likey.

However, in my opinion the long term impact of the present 1.0°C is unacceptable if we take the view that our descendents of even a generation or two should not have to deal with the likes of the weather events we are having now. The impact of these will result in remediation costs of trillians of dollars and continued storms of the destrutiveness of Florence. However, sooner or later a storms greater impact than Florence and increased coastal flooding due to the lag of the impact on sea level implies incresing coastal problems and costs.

There is an attitue that it is unacceptable to ask the wealthly nations to commit themselves to an attitude towards humanity that implies a morality that wealth is more important than quality of life and the long term condition of the Earth.

The Earth has already suffered incalculable damage from the attitudes of big oil and the general societly morelait that small government and low takes conqueer all to the point that the United States is now owned by the top 1%. The Walmart family alone .

It’s time to start talking about “negative” carbon dioxide emissions We have to bury gigatons of carbon to slow climate change. We’re not even close to ready. By David Roberts@drvoxdavid@vox.com Aug 18, 2017, 1:50pm EDT 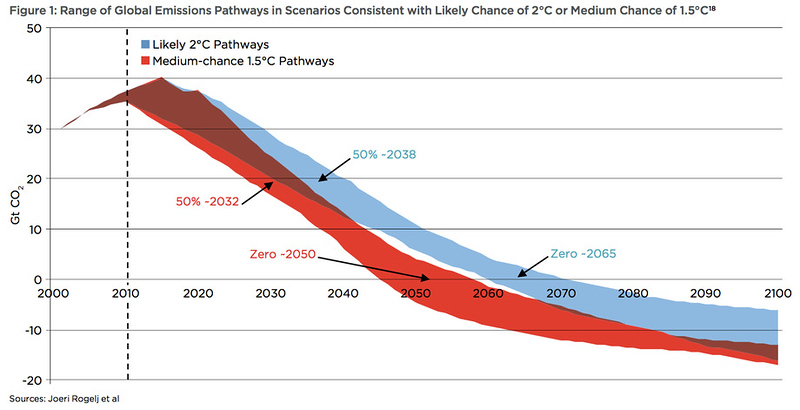 How a 2 C temperature increase could change the planet UN warns of 'severe, pervasive and irreversible' impact if average temperatures rise