Fifteen years ago I had expected by this time activity. Paris began a process, but I thought “who is in charge?” and of course, no one was, at least no one who could bring conseauences for failure of one kind or another. I set a time frame with t = 0 the beginning of the second Bush administration for someting serious to begin.

I am a bit surprised and worried to still be here at age 78, plugging away 10 to 12 hours per day for most of the past two years. I am not really an expert on any part of this except perhaps the paranoria end of things. (Andy Grove must be a relative.) But my father was an excellent engineer and definitly taught me paranoria which is simply to keep your eyes and ears open for something out of wack, not going along as it should. Climate change is way over the top and the erie neglect it gets is surreal. David Brooks in an Op Ed piece early in 2020 described a fantasy decade to come. All kinds of great things happened but he never used the word climate. As Walter used to say: “and that’s the way it is.” —JW

The following is taken in its entirety from Yale360 published by the Yale School of Forestry. The link above will take you to the original article and more. However, I sometimes feel that I do not want to interrupt the continuity of what I am trying to say, and the elequence of this article and the above image fit perfectly and the MIT article is an excellent complement.

“Climate change projections often focus on 2100. But the geological record shows that unless we rapidly reduce greenhouse gas emissions, we will be locking in drastic increases in temperatures and sea levels that will alter the earth not just for centuries, but for millennia.”

“A century or two from now, people may look back at our current era — with its record-breaking high temperatures year after year, rapid disappearance of Arctic sea ice, and gradually rising sea levels — as part of a much cooler and far more desirable past. The spate of extreme weather events in the past month — which have devastated America’s fourth-largest city, Houston; spawned a massive hurricane that tore through the Caribbean and Florida; and swamped large swaths of India and Bangladesh — may well be a prelude to more monster hurricanes, Biblical rain events, and coastal inundations brought about by extreme weather and vastly higher sea levels.

“If getting the public, the media, and politicians to pay attention to what might happen to our planet in 2100 seems hard enough, it’s even more difficult to focus on how high — according to the latest research — sea levels may be only a couple of centuries in the future. Yet recent findings lend urgency to the need to contemplate what the world might look like 200 or 300 years from now if greenhouse gas emissions are not brought under control. “Urgent” may seem like a wildly inappropriate word when applied to such a long span of time, but the truth is that humanity’s continuing failure to bring our enormous carbon emissions under control will have planet-altering impacts that could continue not just for hundreds, but thousands, of years.” 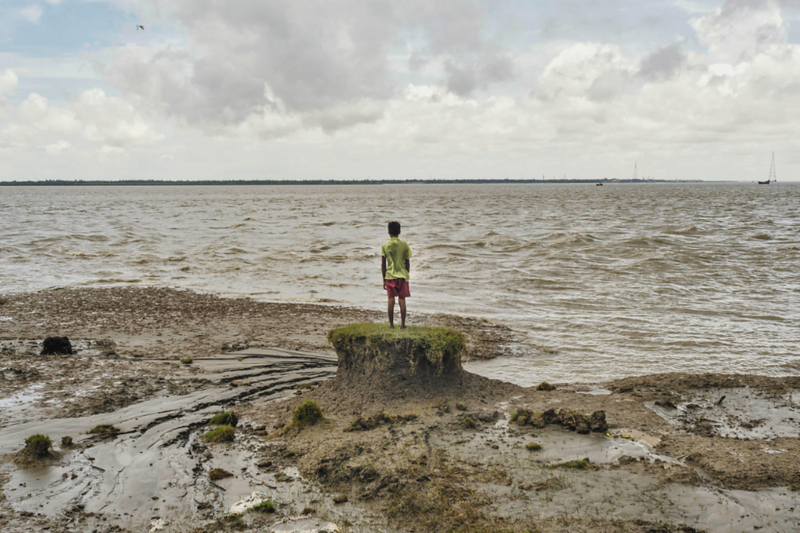