DECEPTION AROUND THE PLANET

THOUSANDS OF CALAMITIES MOST OF US NEVER SEE

FOR THOSE FOR WHOM CLIMATE CHANGE is remote or just normal weather I am providing a quick tour.

THE BAD NEWS IS THAT THIS IS A PROLOGUE. The destruction has barely begun. The storms will be like tornadoes. Fires, floods and droughts to come will make these seem like squalls. The drought and fires will spread and summers will have deadly hot temperatures.The cost, if we can find people to do the work, will be in the hundreds of trillions of dollars.

THEN THERE WILL BE MASS MIGRATIONS to those places that are not underwater and where the temperature is a bit more temperate. Oh! I forgot to mention new diseases, food shortges, ridiculous crowding and a new meaning to the word nightmare.

NOW FOR THE GOOD NEWS. There is a REMOTE chance if everyone in this quasi-civilized world (as my father used to say) used their heads. Put down their predudicees, religions, learned to do what needs to be done, some hoarding obscene amounts of money, learned to work together and become what this incredible Universe intended us to be: civilized, intelligent, caring and ultimately joyful human beings for whom the hunger for power was replaced by the satisfaction of saving the planet and the species. Miracles are possible and we have a chance to prove it. Dead planets are possible too. I am not telling which I would take a bet on.

AND ONE MORE THING. We have to do this with a president who thinks this is a hoax, who at first chance will declare martial law, whose followers will create militias and, perhps, start a civil war.

IF EVER THERE WAS A PERFECT STORM, WE HAVE BROUGHT IT ON. 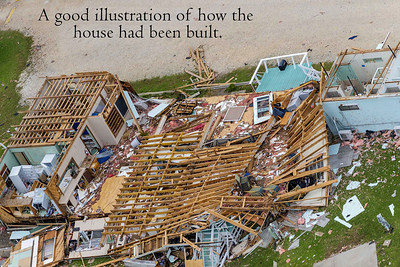